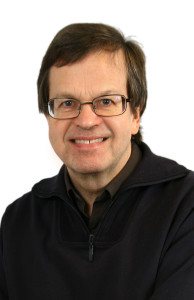 The Swedish National Financial Management Authority (ESV) were responsible for leading and coordinating the introduction of electronic invoicing in government administration which weere intoduced in July 1, 2008. The aim has been to move towards e-procurement – and several municipalities has exceeded expectations.

The article will cover:

Electronic commerce has been conducted in the municipality of Sigtuna since year 2000. The municipality follows the standard SFTI (Single Face To Industry) developed by among others The Swedish Association of Local Authorities and Regions. The project started in cooperation with the municipality of Upplands Väsby and testing began with ordering food and supplies at a couple of ordering units within each municipality.

Since year 2002 E-commerce is a regular activity with its own budget within each municipality, but there is still cooperation in the form of joint operation of the server and database at Logica in Stockholm. The responsibility for system management, training of contractors, support and activation of new suppliers is today located within the unit of Finance / Procurement and is shared with the management of the finance system. The financial manager is the system owner.

Sigtuna Municipality purchase goods from about 3,000 suppliers every year, but few of them shares the majorityof the 60 000 invoices handled every year. Approximately 175 or so general agreements have been signed with suppliers in various service and product categories.

The purpose of electronic commerce is to reduce the number of suppliers and be more faithful to the concluded framework agreements. Moreover, it empowers calling off contracted goods at low prices and effectives management of supplier invoices. The supplier Menigo also gives special ”technique rebate” (1%) in the case of an electronic order.

Around 15 suppliers are connected to the E-commerce system, Intrade, which runs as a service by Logica.

The system is primarily used for orders of food, office supplies and dressings, where the entire chain from order to payment is done electronically. We have not started the existing function for reporting recieved goods, all invoices are  attested in the usual manner.

We currently receive so-called periodic invoices (Sc9.x) from TeliaSonera, Tele2, Vattenfall and Telge Power. Approximately 50% of those are charged and attested automatically by predefined rules. From seven additional suppliers, we receive invoices in the format SFTI Full Text through Intrade.

About 300 procurers from various administrations have access to Intrade and sends on an average about 400 orders a month.

As one of the first municipalities in Sweden, Sigtuna Municipality has since the spring of 2006 started to receive electronic invoices from suppliers under the new standard SwedInvoice. This was originally intended primarily for smaller providers with a single invoice. But in practice, those standards have begun to be used widely even by the large retailers. Order by phone / fax or through visiting the shop while the invoice is sent electronically over the Internet.

Activation of these suppliers is easier and much faster than establishing a full e-commerce flow. In September 2009 were about 80 suppliers connected through this technique. In 2009 it was also enabled to invoice customers through SwedInvoice.  First up is the Civil Aviation Administration (CAA) to whom we send Sveinvoices since June.

On behalf of the political leadership, a working group within the former management of the Joint administration got the mission in 2009 to see through the entire procurement process from source to pay. The aim was to point at actions that could be taken in order to improve efficiency and streamline where possible.

A study was conducted in these areas:

In the case of purchase statistics there was a focus on contract loyalty in some specific areas of agreement such as food, furniture, stationery, textbooks and copying. In addition to food, where we buy from the contracted supplier at 90%, the agreement fidelity in other areas were below 50% and therefore not acceptable. Similar measurements were made by the municipal auditor, with similar results.

Number of orders made in the purchasing system is only 20-30%, while the other orders are done through phone, fax, internet or cash and carry on the “town”. The study also shows that knowledge of existing agreements is not as high as it should be in the organisation.

The proportion of e-invoices were about 35% as compared to other municipalities is relatively high but there is the potential for much greater proportions.

The report set out a number of operational milestones:

The Working Group has identified a number of areas for development and measures to bring about substantial improvements.

Based on past experience and the review undertaken the following measures have been or are being implemented.

It feels like the development of E-procurement in the public sector now has real momentum. After 10 years, there is technology, systems and experience that enables organizations to more quickly come up in the volumes that might have taken years to achieve. Cooperation between SKL and ESV around the common standard SFTI is the foundation that makes this possible.
The legal requirements that was introduced to authorities a few years ago on e-invoicing may temporarily have deminished the focus on e-orders but now, most started with e-invoicing and can add resources in the next step which is full-blown e-procurement. Procurement of procurement systems is taking place in several municipalities and government agencies. 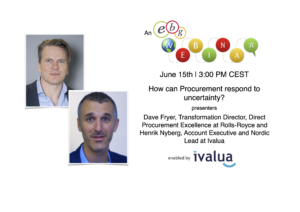 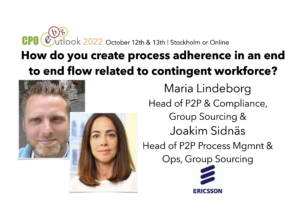 How much of your brainpower comes from your contingent workforce? EBG | Network welcome Ericsson who invite you who join CPO Outlook 2022 to a workshop to discuss process adherence. On October 13th you who join us in Stockholm can come together with a peer group led by Ericsson. Peers learning from peers and experts […] 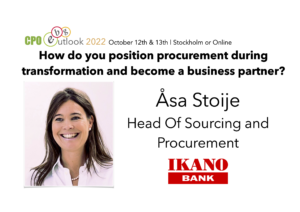 A warm welcome to Åsa Stoije, Head Of Sourcing and Procurement at Ikano Bank joining CPO Outlook 2022. On October 12th and 13th you who join us in Stockholm can choose her Theme Discussions, round table discussions. During an EBG summit the focus is on what peers and experts find important to share and discuss […] 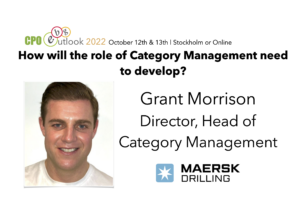 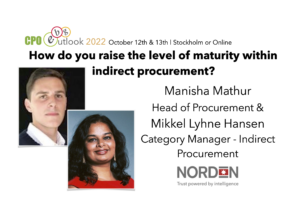